The hoods in The Handmaid’s Tale 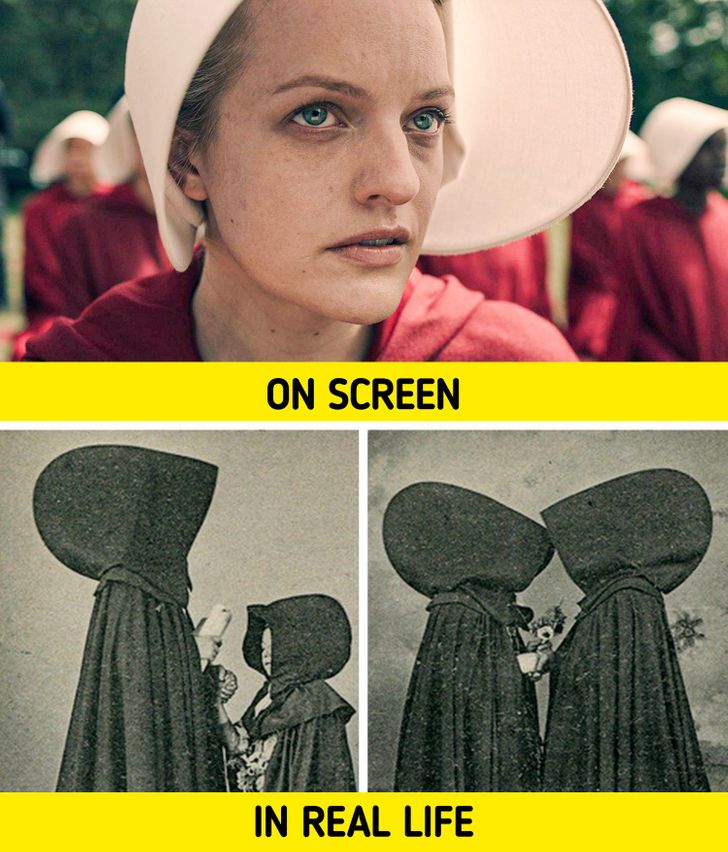 The traditional clothes that the women of the Azores islands wore until the 1930s always included a giant hood. The reasons why are still debatable. But researchers believe that this piece of clothing helped the women avoid glances from men. 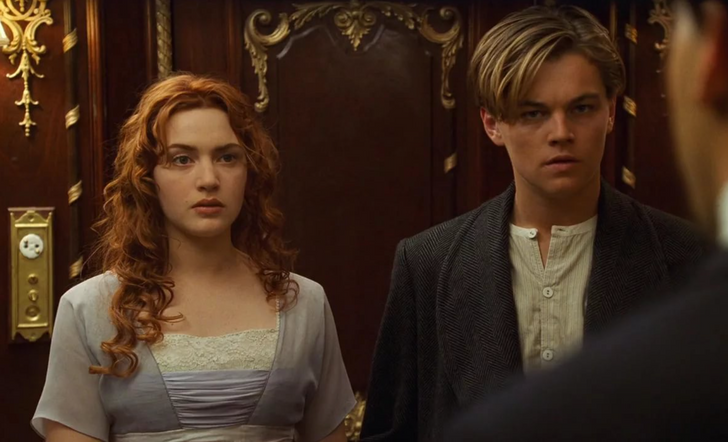 Before the start of the shooting process, director James Cameron presented Deborah Lynn Scott with a difficult task: he wanted clothes that reflected the style of the 1910s and that were water-resistant (even for the extras). But they still had to create copies of some of the costumes. For example, for the final scene, they had 24 copies of Kate Winslet’s dress because it started to look really bad in salty water.

The suits in The Great Gatsby 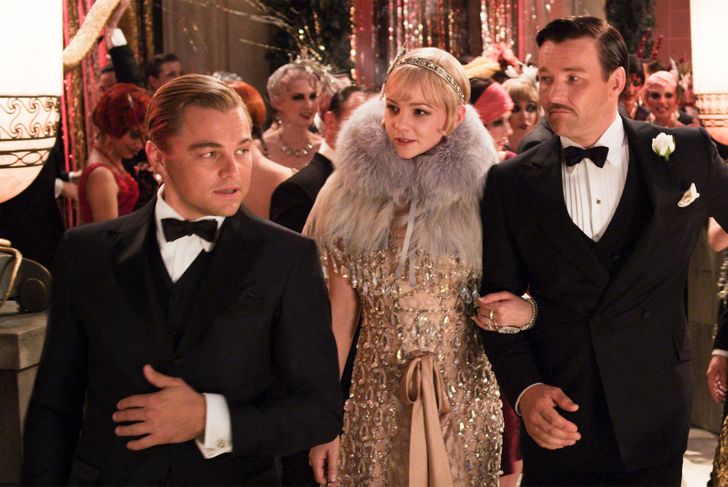 Baz Luhrmann’s The Great Gatsby is more of a modern interpretation of the 1920s rather than an accurate period piece. But the costume designers were very careful when creating the men’s suits. Brooks Brothers took part in the production of the suits, and even the author of the novel, F. Scott Fitzgerald mentioned them.

The costume designer, Catherine Martin, worked with 2 modern clothing brands to create the clothes for the female characters — Prada and Miu Miu. The owner of the brands, Miuccia Prada, took part in creating the dresses: together, they chose 40 dresses and restyled them for the movie.

The costumes in Little Women 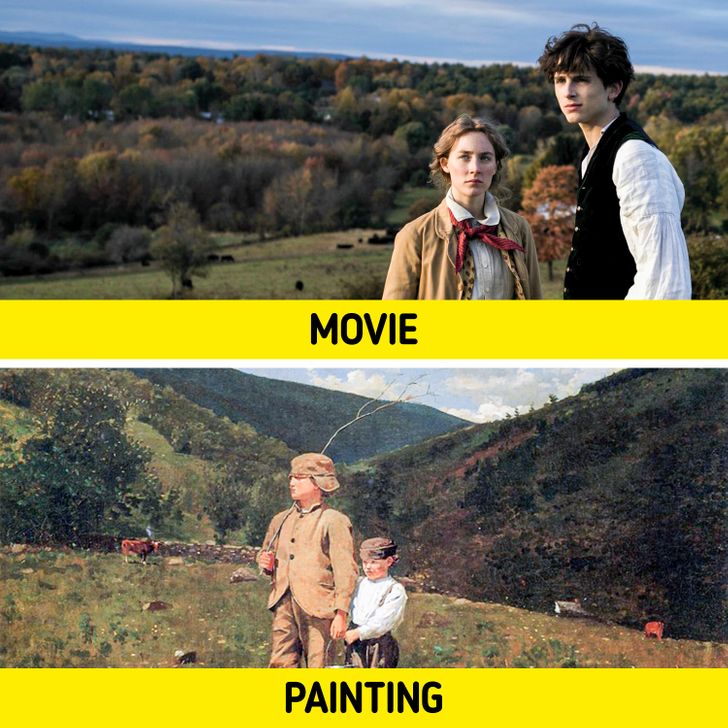 The ideas for many of the dresses you can see in the latest screen adaption of Little Women were taken from paintings. According to costume designer Jacqueline Durran, Winslow Homer’s painting of 2 boys inspired her to create the clothes the characters wore in one of the scenes.

The same is true for some other works of this painter. 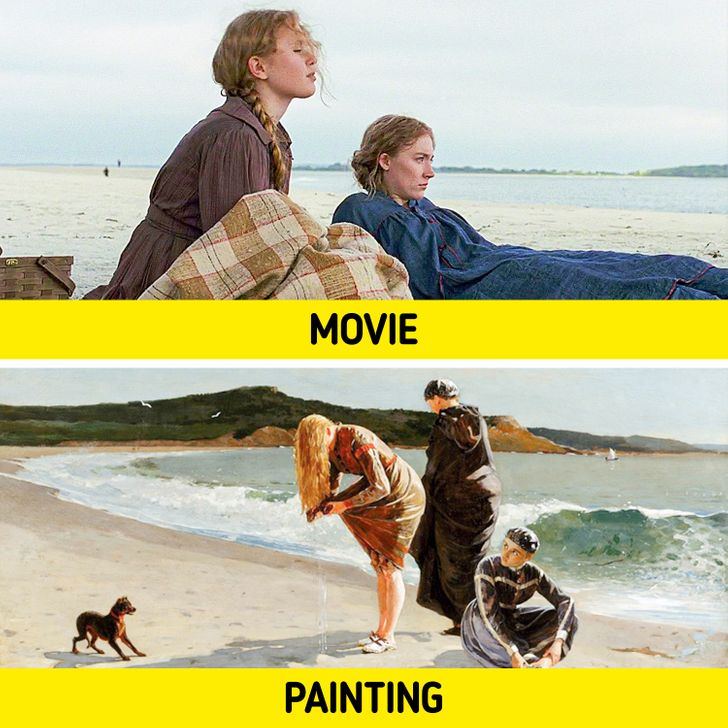 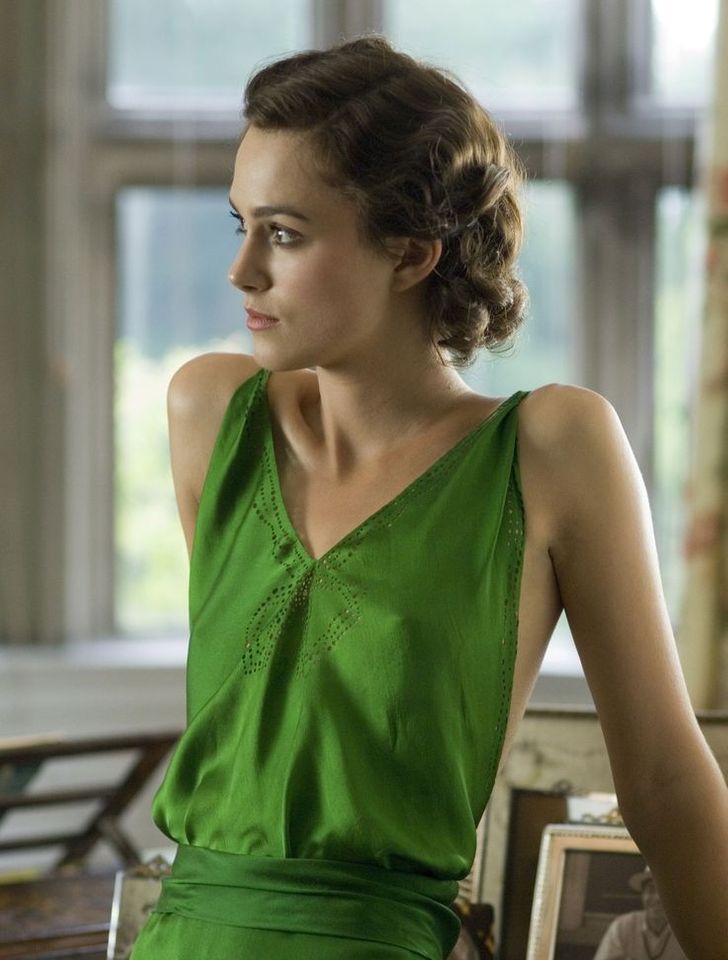 The iconic look of Keira Knightley’s character in Atonement was created by costume designer Jacqueline Durran. The saturated emerald-green color was specially chosen by the director of the film, Joe Wright. It is believed that the color green is an unusual choice for a movie because it makes the viewer feel nervous and uncomfortable. But the director decided to use it to make the emotions even brighter. 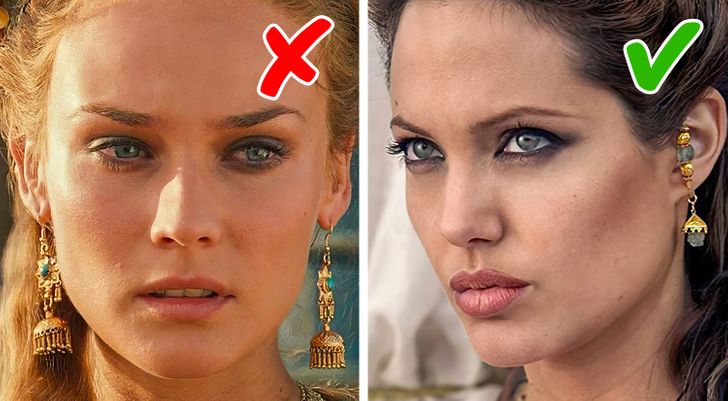 In the past, women wore cuffs — special earrings that didn’t require piercing the ears. Very often, movie creators that make films about ancient civilizations neglect this accessory, even though they were quite popular. But the costume designer of Alexander thought that it was an important detail, which is why Angelina Jolie, the mother of the main character, was wearing cuffs instead of the regular earrings we’ve all grown to recognize. 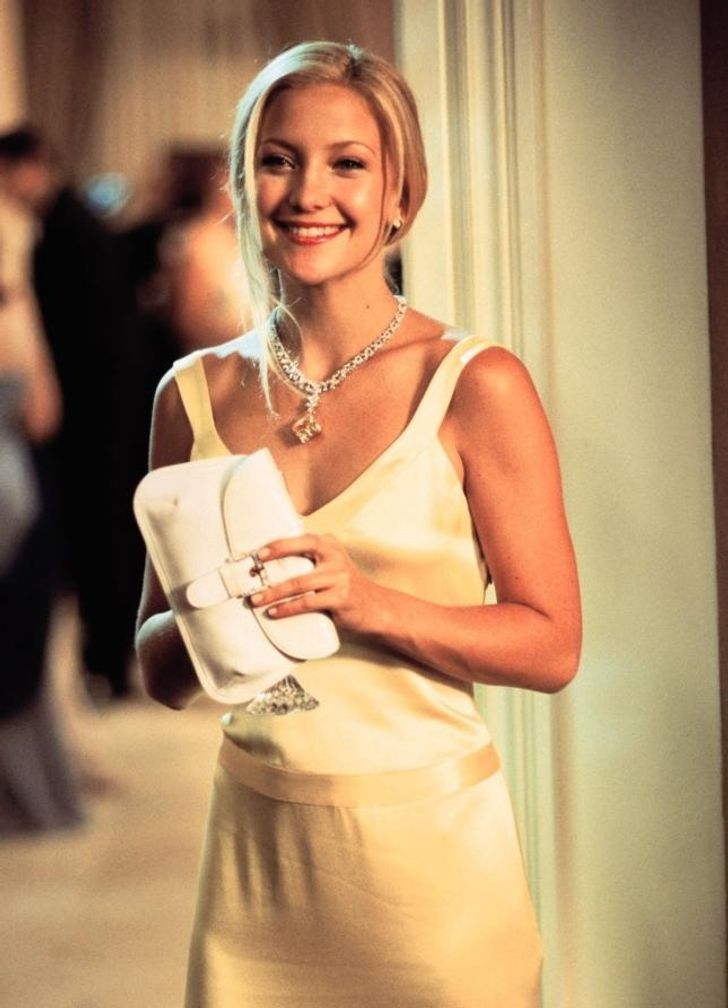 © How to Lose a Guy in 10 Days / Paramount Pictures

This dress is famous because costumer designer Karen Patch made it for Kate Hudson with her own hands. It was made in yellow to highlight the beauty of the Isadora pendant that cost more than $5 million at the time. There was an estimated $14,200,000 worth of jewels lent to the film. 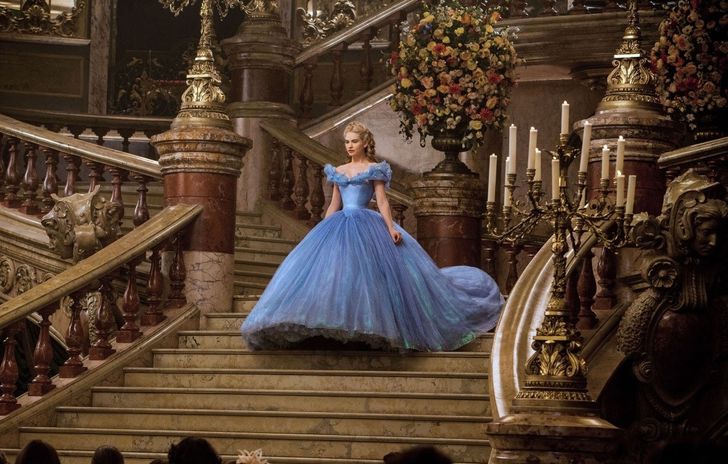 The amazingly beautiful dress of Cinderella from the famous costume designer, Sandy Powell, really impressed viewers. But few people know how hard it was for her to create and for the actress to wear. The seemingly light dress was incredibly heavy because the corset and crinoline (skirt cage) were made out of steel. It took the crew about 45 minutes to dress the actress.

There were 8 versions of the gown, and they were all different. One was 2 inches shorter and a couple more were 4 inches shorter for the scenes where Lily had to run. 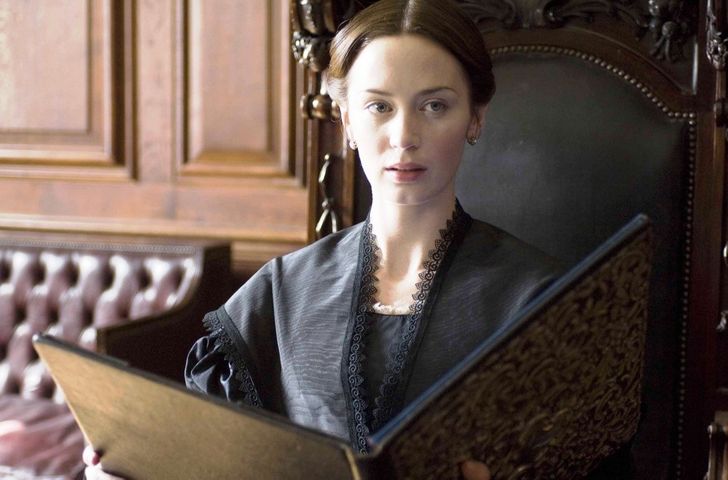 The dress Victoria wears for her first meeting with her council is a copy of the actual dress Queen Victoria wore on this occasion. It still exists today and is on display at Kensington Palace. It has since faded to brown as the black dye at the time was not stable. 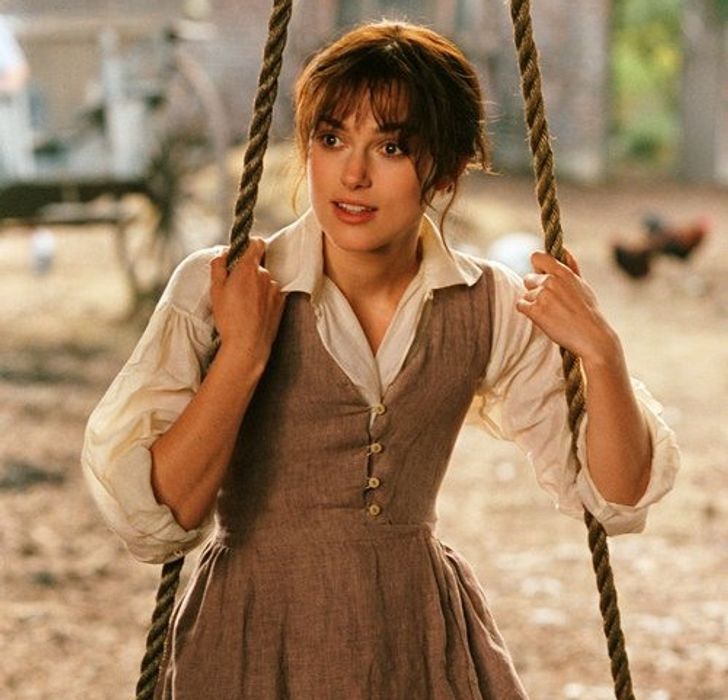 Closer to the end of the shooting process of Pride & Prejudice, Keira Knightley wore dresses with long sleeves exclusively. They helped her conceal the toned muscles she had developed as she was already preparing for her next project, Domino. She trained, worked out a lot, and had short hair.

What’s your favorite movie costume? Leave your opinions in the comment section below!

Why People With Blue Eyes Can Be So Unique

15 Pics Reveal What Everyday Things Look Like Under a Microscope